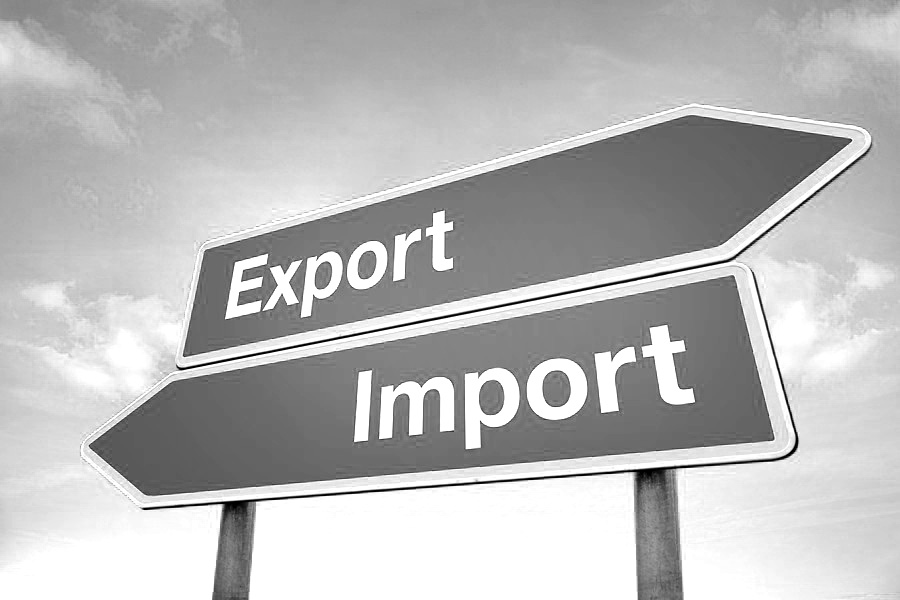 The foreign trade … a nice phrase. But do we really know what should you eat it with?

There is a group of people who are professionally involved in such type of activity and they are doing pretty well. Unfortunately, I know from my own professional experience, that a majority of entrepreneurs who want to engage in the broadly defined procedure of the foreign commerce simply have no idea how to get down to it. I am involved in the foreign commerce nearly all my professional life. However, form the side of the organisation of carriages, but it allows me to elaborate my own opinion – sometimes purely expert – on the procedures which accompany an import and an export.
I decided to write this blog to bring closer procedures which should accompany a PERFECT trade of goods with foreign countries to all individual entrepreneurs, merchants in the corporations as well as individuals. I am, certainly, aware that a PERFECT import/export is impossible to organise. There is ALWAYS something unexpected. But I do hope that at least a part of doubts will be explained. Especially, in terms of the organisation such a process as a foreign commerce.

I expect that my Readers find solutions to their problems, concerns, etc. on the basis of my blog posts mainly connected with a documentation in the foreign commerce, problems in the Customs Offices, insurances, etc.
I have lately a chance to talk to Leszek Ślazyk who under his name writes a www.chiny24.com blog. A few hours of the conversation allows me to understand that an economic awareness of people who are involved or want to be engaged in the foreign commerce is very small!
And I would like to help you disinterestedly! Perhaps, somewhere deeper my own interest is hidden…
I kindly invite you to read the first article:

What is an import and how to get down to it.
An import – encyclopaedically (after Wikipedia) is:
Bringing goods, services and a capital from abroad in order to use them on the internal market (domestic). In the other words, it is a purchase of goods and services produced abroad, simpler: carrying something from the outside borders of the customs area. Usually, such an area is a country territory, but, for instance, for countries which belong to the European Union an import refers to a purchase of the goods and services from the outside of the European Union. A purchase of the goods within the European Union is not an import. It is a so called an intra-Community acquisition of goods.

An import should be called an organised, regular procedure serving to satisfy market needs of a given country, which cannot be (or it is not worth) secure by a production in the concerned country. Or just from absolutely different reasons (e.g. a so called importer’s whim) – writing about which makes no sense. An import as a business activity should lead to satisfying market needs of people, business entities with ensuring an appropriate ROI for an importer. In the other words – one SHOULD earn money on the import!!

So, how to get down to it?
First of all, one should find his own market niche to fill it with the imported products. This requires having a knowledge on the specific markets. For instance, in my opinion it is not worth to import hand tools (non-professional) from anywhere because a Polish market is filled with such products from the import – mainly from the Far East – which despite this that often have a low use value, are widely available in all sales channels, usually in good (read: low) price.

So, does it really mean that importing tools to Poland is not cost-effective? Of course, it is cost-effective. But these companies which have professionally involved in it at the beginning of the Polish transformation and have conquered the construction markets and other sales channels. For a small importer importing a container of hammers will not be a problem because he will find so many sales offers of them on the Internet that he will have a headache from the excess. But as I emphasised at the beginning – an imports needs making money! So, one have to sell a product. To sell with a price higher than a cost of a purchase, transportation, etc. Where a statistical user of the hand tools buys them? In sales networks. So, we also have to introduce our products to such a network (I will not mention names, but probably all know about what brands we talk about). Unfortunately, we meet a painful experience entitled the marketing costs. It is not a secret that introducing a product to the sales network is connected with its promotion. How can we compete with current “bigger” of this world (companies which names start with “T” and “P” letters)? With a price? We can, but with… a quality? We can, but ….

When confronting with the „bigger” of this world we are doomed to a failure.
It is the end for today. About it what to do when find it what we would like to import, carry out an economic analysis and it will turn out that “you will be delighted” just in a few days’ time.

Next post Commercial and transportation documents – a commercial invoice

The import of goods – How to place orders for the carriage on the SEAOO.com – Part 1