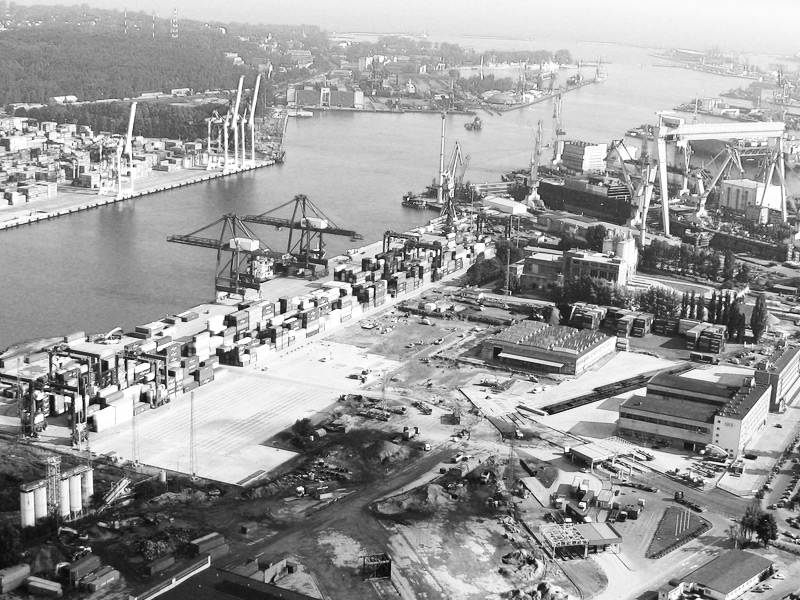 The seaport of Gdynia is situated in the Gdańsk Bay. It’s the third largest seaport in Poland, after Gdańsk and Szczecin. As early as in 1920, there was a growing need to build a port in Gdynia, and a year later the works commenced. At first, it was supposed to be only a small marina, a place for small warships and for fishermen. On 23 September 1922, however, a decision was made to build a full-blown port in Gdynia. Until 1938, up to 80% of Polish export and 65% of import occurred by sea, which is why the construction of the Gdynia Port not only affected the growth of maritime economy in particular, but also had a positive impact on the Polish economy in general. So much so that in the 1930s the port became competitive towards other ports situated by the Baltic Sea and the North Sea.

The outbreak of World War III disrupted the development of the Gdynia Port and changed the life of the citizens. Both the port and the city suffered extensive losses, some of the hydraulic structures and warehouses were completely destroyed. 75% of warehouses and 54% wharfs and breakwaters required repairs. 30% of transshipment equipment was taken away to German ports, and the rest was destroyed. They also destroyed viaducts in order to make the port inaccessible.

One could say that the port was reborn after the war. The losses were unimaginable, similarly to many other places around the country. Nowadays, when looking at the city and port of Gdynia, it’s hard to believe that it has suffered so much during the war.

Interesting facts about the Gdynia Port: