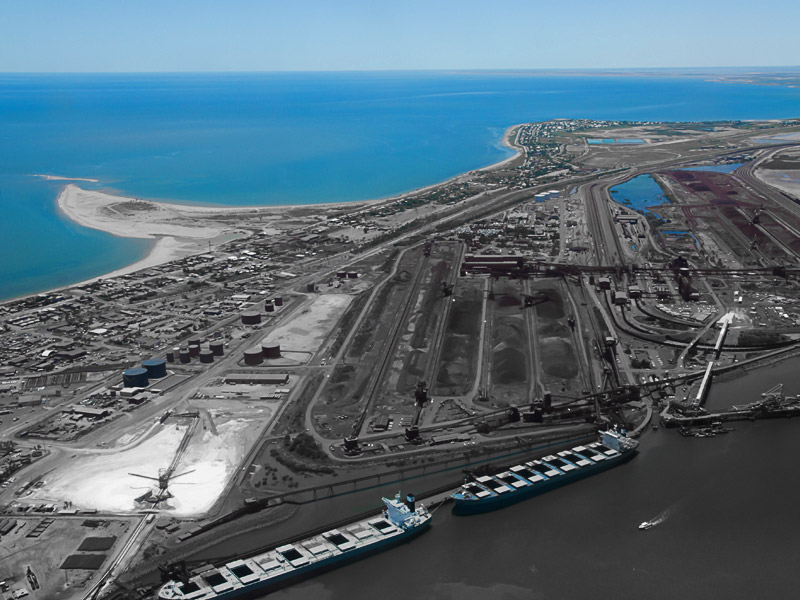 Australia is mostly a desert area larger than those on any other continent. The most populous agglomerations are located at the coast, and that’s where Australia’s biggest seaports are situated. How else can transport occur when Australia is surrounded by water? It’s not hard to figure out why maritime transport is especially popular. Below are the biggest seaports in Australia:

Seaport of Brisbane – currently it is the third busiest port in Australia and the fastest growing container port. It is located on the east coast of the state of Queensland, in the suburbs of the city of Brisbane with 2.3 million residents. Every year, the Brisbane seaport handles over 2600 ships and transports more than 28 million tons of cargo. A big and costly problem is sludge getting stuck in the port’s sewers, etc., which prevents transportation. Its removal consumes millions of dollars a year. At the port, there is a terminal for accepting liquid goods. Crude oil is the main import good. Other goods include fertilizers, chemicals, motor vehicles, clinker (cement) and gypsum, paper and paper products, and also construction machines. Exported products include coal, refined oils, grains, wood chips, mineral sand, scrap, meat products and cotton.

Seaport of Fremantle. In a country where trade is of such high importance, a developed and robust maritime sector is indispensable for the growth of domestic economy. The Port of Fremantle contributes to that, supporting the growth of the local and national economy, with the port employing many people. The port currently handles such goods as: clinker (cement), coal, gypsum, coke, iron ore, slag, fertilizers and sulfuric acid. The total value of the port’s trade was 35.76 million tons, at over 26 billion euros. The name of the city and the port comes from the surname of Capitan Charles H. Fremantle who came here in 1829.

Seaport of Melbourne. Melbourne’s port has nearly a 180 year of history, when John Pascoe Fawkner came here on the ship Enterprize in 1835. Since that time, the port and city of Melbourne have shared a common history. Since 1 July 2003, the Port of Melbourne has been managed by the Port Melbourne Corporation. In 2006-2007, it became the first Australian port to handle two million TEU a year. Nowadays, it handles nearly 2.6 million TEU and around 3000 ships annually.

Seaport of Sydney. This second largest seaport in Australia is actually called Port Botany (the name comes from the Botany Bay where it is situated) and is located not far from the Sydney airport. The container port in the city accepts both liquid and solid goods. The port’s history dates back to 1811. Until 1995, the port’s owner was the Sydney Ports Corporation, and from 1 July 2014 it has been Port Authority of New South Wales. It is responsible for the management, development and functioning of seaport infrastructure in this region (Sydney Harbour, Glebe Island and White Bay, Port of Eden, Port of Yamba).