The seaport of Tuticorin, with the code INTUT, is located in India. It is one of the 12 main ports in the country, the second largest port in the state of Tamil Nadu and the fourth largest container port in all of India.

The seaport of Tuticorin was built in 1974. At first, it was a trade and fishery center, and had a wooden platform. Nowadays, this natural port is equipped with modern devices and has a complete support base. In 2008, the port accepted more than 10 million tons of cargo. Currently, it has sea connections with the US, China, Europe, Sri Lanka and other countries in the Mediterranean Sea. The port has a very convenient location as it is situated in close vicinity to East-West, the international sea route on the south-eastern coast of India.

Port Tuticorin is well protected against storms and winds, so it can be used during any weather conditions. It has 14 berth sports for lay-time, it is equipped with three quay cranes and four RTG cranes. It is supposed to be upgraded in the near future as the authorities want to build additional breakwaters and extend the approach channel. 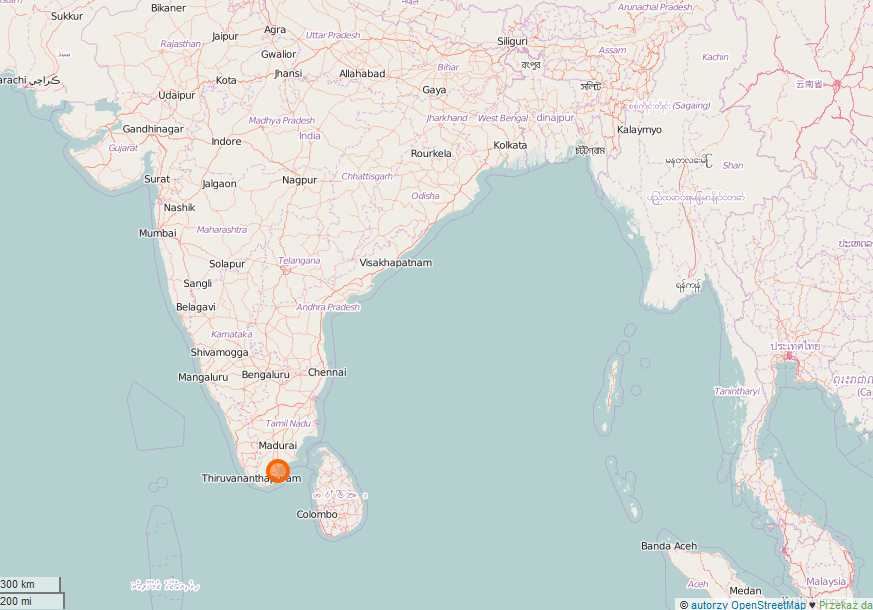 If you intend to import from Tuticorin or you want to evaluate an export to Tuticorin, check our calculator for break-bulk shipments at SEAOO.com or write us an e-mail about container shipments.