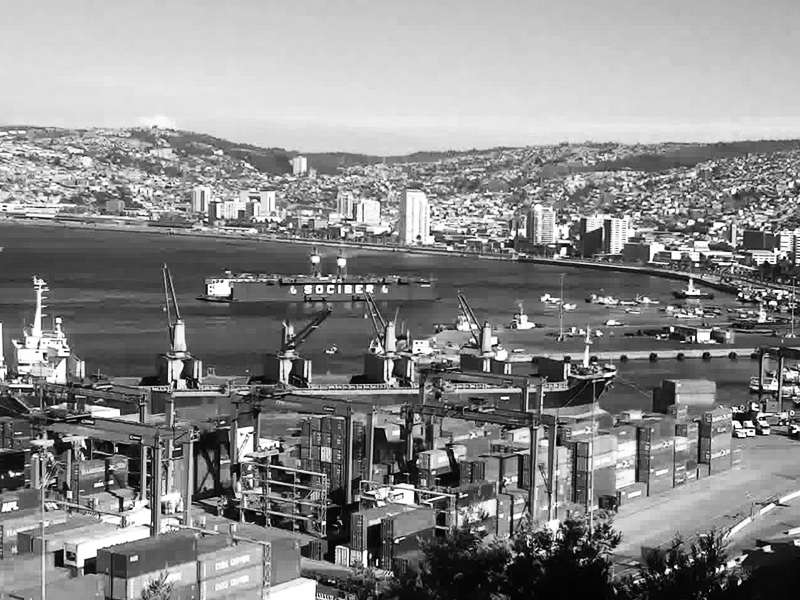 Valparaíso is a city in Chile founded in 1536 at the foot of the Andes. The history of Valparaíso’s port dates as far back as to 1810. The first traders came to Valparaíso in 1818, but only in 1910 did Chile’s government decide to fund the construction of ports in Valparaíso and San Antonio with the right machines and facilities.

The port served also as a base for the Chilean Navy. In 1866, Valparaíso was bombarded by the Spanish fleet during the Chincha Islands War. In the 18th and 20th century, the city of Valparaiso was destroyed by earthquakes multiple times. One of the gravest earthquakes took place in 1985, a large number of port terminals was reduced into ruin. It took nine years, starting from 1990, to repair the Valparaíso port.

Nowadays, it is the largest port on the west coast of South America. Each year, it accepts over 10 million tons of less-than-container load cargo, while its terminals handle over 30% of the entire foreign trade in the country. Moreover, it is visited by over 100,000 people in season.

If you intend to import from Valparaíso or you want to evaluate an export to Valparaíso, check our calculator for break-bulk shipments at SEAOO.com or write us an e-mail about container shipments.